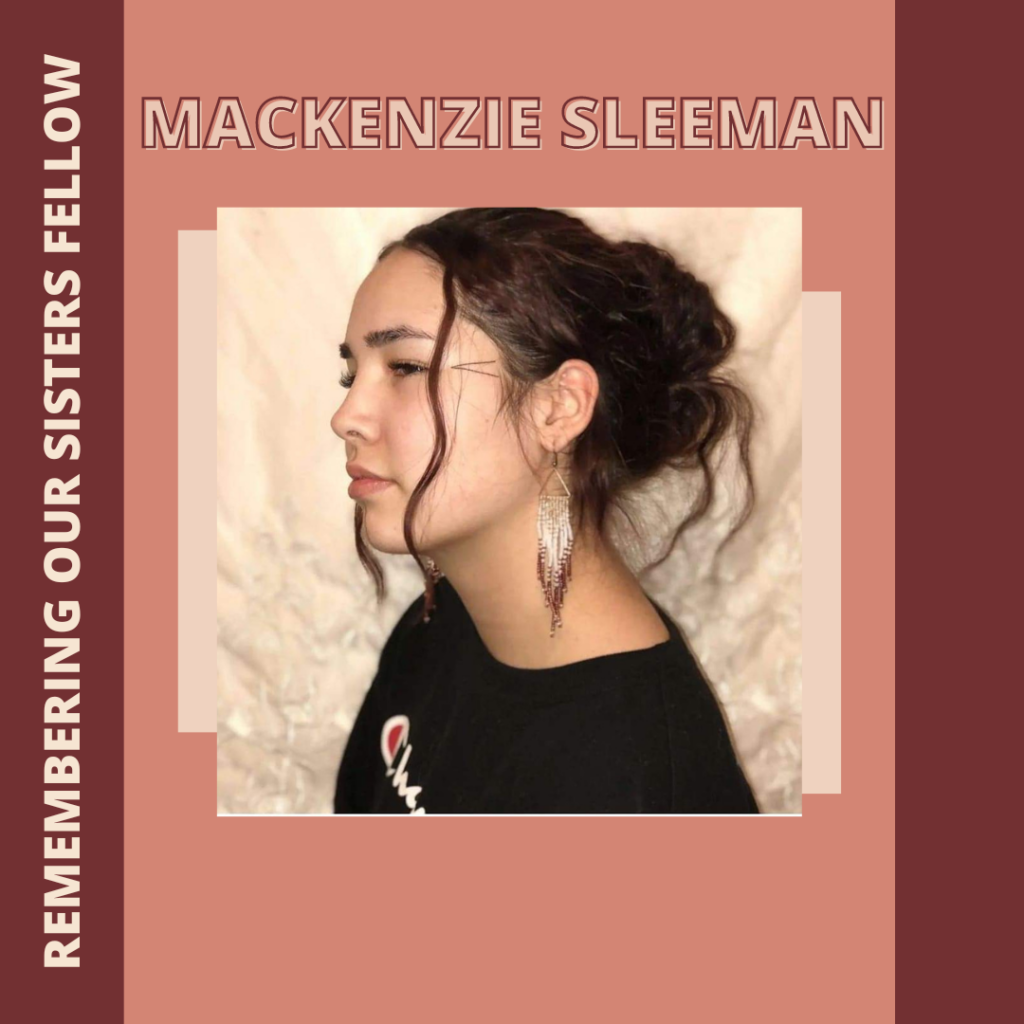 Mackenzie Sleeman is Gwich’in from Caribou Clan, raised at Chandalar Lake and Fairbanks. She’s always going on trips back to her village and the Yukon Flats to further her knowledge about her culture, her people, and their lands. Mackenzies community is Gwichyaa Zhee, located on the Porcupine and Upper Yukon River in Interior Alaska. When Mackenzie turned 15 years old, she had the opportunity to attend her first climate conference. It was the 2018 Climate Change In my Community , located in Fairbanks, Alaska. This was the first time she had ever been involved in this area of advocacy and work, and from then on she was hooked. After that conference, Mackenzie became part of the worldwide team of the GLOBE Project funded by NASA. The GLOBE project is an international research project aimed at creating, testing, and validating theories relating to the relationship between culture and societal, organizational, and leadership effectiveness. Mackenzie and her mother, Nicole James began studying and collecting data on blueberries in the Fairbanks area. They noticed that they were not growing as ripe, that the quantity of them began degrading, and that they were falling earlier than usual.  After collecting this data, they reported it to the GLOBE App for anyone to see and study alongside us. Mackenzie is now 19 years old and spends most of her time at as many conferences, summits, and training, and climate change related projects that she can be a part of. She finds that she learns the most at these types of gatherings. This year she’s been involved with the Yukon Salmon, land protection, MMIWG&2S+ Movement, food security, weaving together traditional knowledge and western science, indigenous hunting and fishing rights, and climate change.  Mackenzie’s also currently the youth representative for her region the Yukon Flats for TCC Emerging leaders, An 2023 Arctic Youth Ambassador to talk about climate change in Alaska and the Arctic as a whole, and now a Remembering our Sisters 2023 Cohort. This isn’t the end for Mackenzie, it’s just the beginning.

"Not only we as Natives, but we as people, need to start investing in youth to combat the hardships they face. These challenges have gone on for far too long and we can be the generation to stand up and make change."