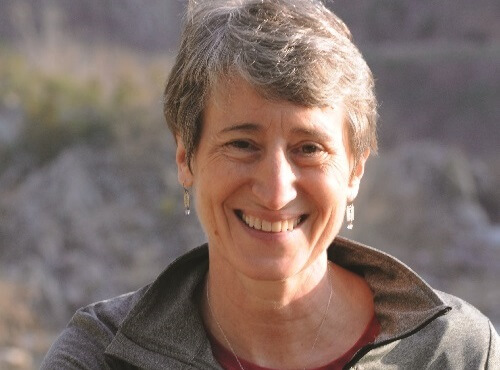 As a business executive and public servant serving as U.S. Secretary of the Interior under President Obama, Sally Jewell focused her career on supporting a robust economy coupled with long-term sustainability of our natural world and its diverse people.

During her tenure as Interior Secretary, Jewell was recognized for taking the long-view, using a science-based, landscape-level, collaborative approach to natural resources management. She and her capable team were deeply engaged in rebuilding a trusting, nation-to-nation relationship with indigenous communities in the U.S. They championed the importance of science and sharing data to better understand our Earth’s systems; supported development of commercial-scale renewable energy on public lands and waters; encouraged investments for more sustainable use of water in the West; and worked with Congress, President Obama and his team on long-term conservation of our nation’s most vulnerable and irreplaceable natural, cultural and historic treasures.

Throughout her career, Jewell has been committed to connecting people to nature, particularly youth. At Interior, she and her team championed efforts to create a continuum of engagement that encouraged tens of millions of young people to play, learn, serve and work on public lands.

Prior to serving on President Obama’s cabinet, Jewell was President and CEO of REI, a $2.6 billion retailer dedicated to facilitating outdoor adventures. She previously served 19 years in commercial banking across a wide-range of industries, and began her career as an engineer in the energy sector. Throughout her adult life, she has been active in governance and board leadership for corporations and non-profit organizations, including serving as a Regent of the University of Washington where she is currently a Distinguished Fellow in the College of the Environment.