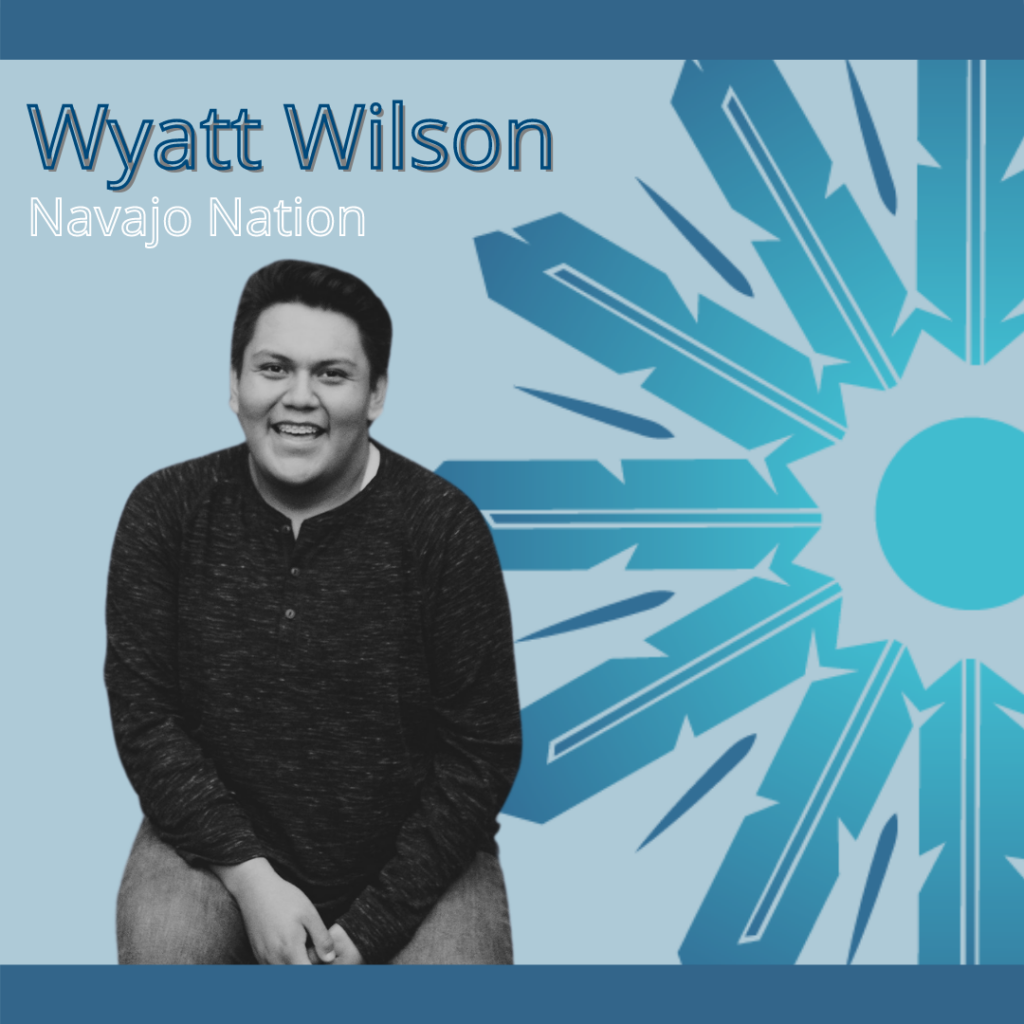 Wyatt was raised in Flagstaff, Arizona but also spent much of his formative years in his hometown of Shonto, Arizona. He currently attends Fort Lewis College as a pre-law student, majoring in Political Science with a minor in Native American and Indigenous Studies. After completing his studies, Wyatt plans on pursuing law school with the intent of focusing on Tribal Advocacy and Environmental Policy. He is passionate about climate, environmental justice, public policy, and a plethora of Indigenous social issues. One day, Wyatt hopes to return to his hometown to launch a career in local tribal governance.

Why is Wyatt passionate about transforming the foster care system?

I am interested in the spiritual disruption that occurs when Native youth are taken out of the care of their primary caregivers – to hopefully answer “big picture” questions like; what does it mean to be taken from ancestral lands, languages, community, even traditional foods, etc.? This fellowship provides a unique space for all of us to reckon the fact that the foster care system is inherently racist and classist, targeting impoverished, land-based families. As many have said, Indian child removal did not end with the boarding school era, but is still perpetuated by the foster care system. In her award-winning podcast, “This Land”, Rebecca Nagle alludes to the notion that the Indian Child Welfare Act is currently under-siege by a wave of right-winged, conservative attacks. As landmark federal legislative initiatives (ICWA) that uphold and ensure the sovereignty of our tribal nations continue to be challenged in the courts – the importance and urgency of this work cannot be underscored.