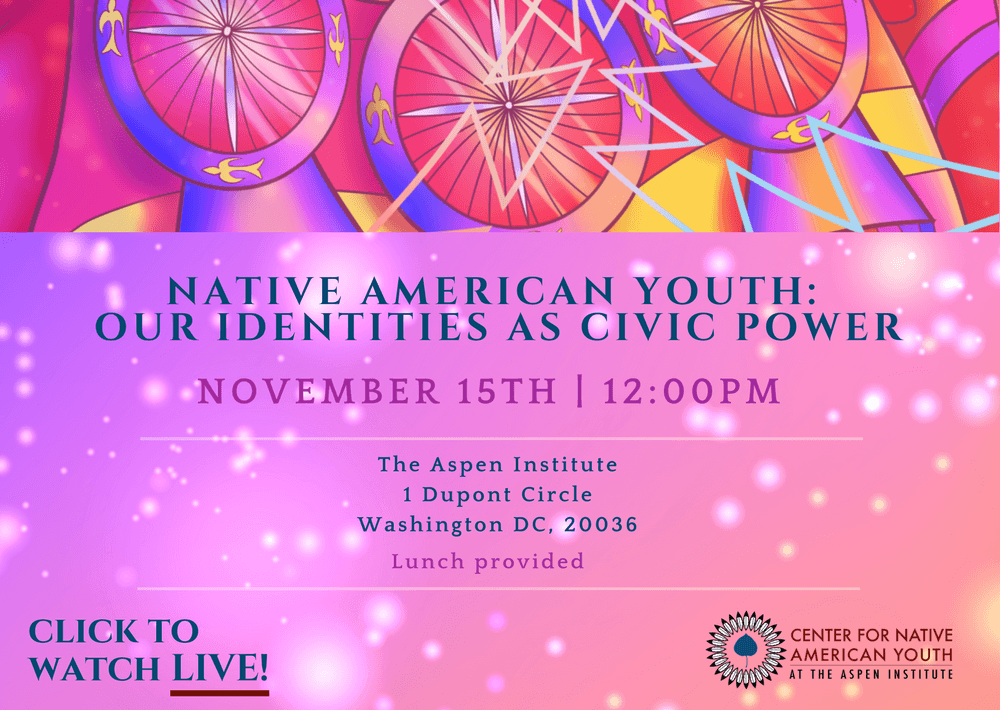 The discussion will be co-moderated by CNAY Executive Director Erik Stegman and CNAY Founder Senator Byron Dorgan (ret.). In addition to raising awareness of the challenges facing Native youth in the U.S., the event seeks to elevate Native youth-led initiatives that capitalize on cultural strengths.

“Our State of Native Youth report combines survey data, research, program highlights, and the stories of Native youth to give us a clear picture of the resources our young people need,” says Stegman. “We strive to make this report a platform and roadmap for building opportunity for Native youth across the country.”

Each year, the State of Native Youth report highlights priorities shared by Native youth in roundtable meetings with CNAY and through virtual participation in the Gen-I Online Roundtable Survey. This year, survey participants identified culture and language, education, and employment as their top three priorities. In addition to sharing these findings, the report examines data indicators of Native youth success, as well as the policies that impact their lives.

Visit www.facebook.com/center4native to watch a recording of the event.

Click here for a print-friendly version of the report.