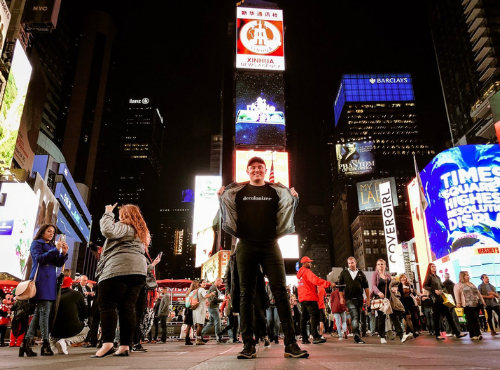 Recently published public opinion research in the report Reclaiming Native Truth found that Native people are not only absent from K-12 education,
mainstream news and pop culture, but that this lack of visibility—more than any other factor—directly undermines public support for Native rights. The report also found that 78% of Americans are ready for a new and more accurate narrative about the first peoples of this land.

Gen-I Movement Builder Fellow Jarrette Werk (Aaniih Nakoda) did a Twitter take-over of the Gen-I account to offer his youth perspective on
the topic. As a young aspiring journalist, Jarrette is passionate about reclaiming and promoting indigenous narratives in the media. He offered
great advice to organizations, particularly in the field of journalism, about including more indigenous writers and photographers in the newsroom.
Additionally, Jarrette highlighted some incredible Native filmmakers, artists, and innovators working to make sure indigenous narratives and experiences are being represented.

"Learning to read is critical to a child's success both in school and in life. For this reason I view the importance of books to children's literacy is being the most critical challenge for our youth and this barrier is well established."