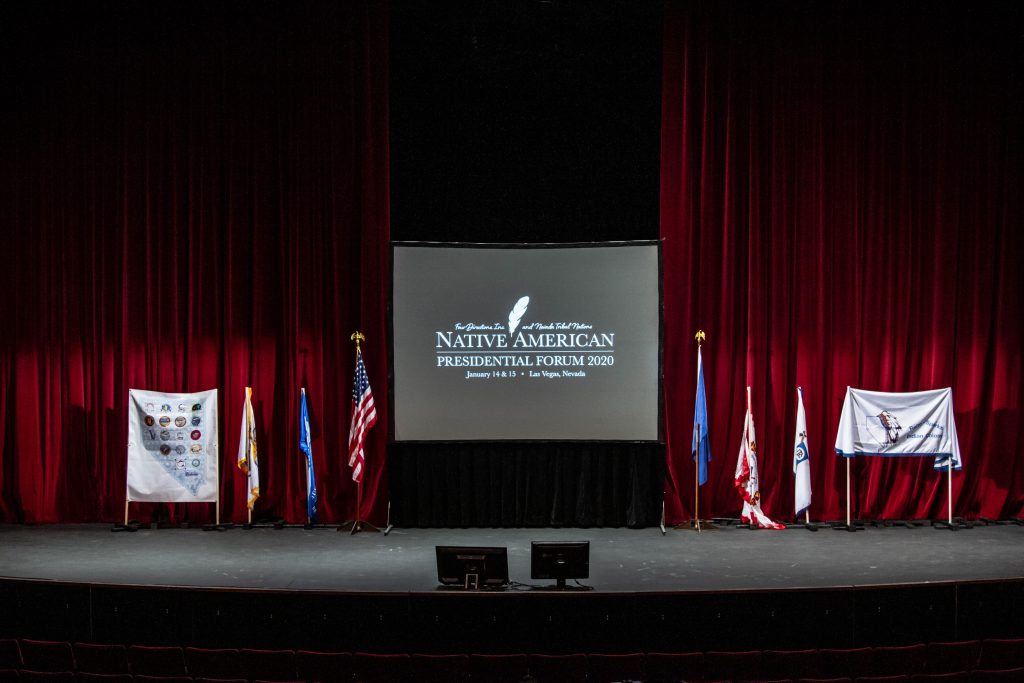 “Native American voters can influence election results in seven major swing states in 2020: Arizona, Colorado, Michigan, Minnesota, Nevada, North Carolina, and Wisconsin,” OJ Semans, Co-Executive Director of Four Directions said. “Presidential candidates understand the importance of Native voters, and that’s why our first event in Sioux City, Iowa was a success. There were 11 candidates who participated, including four of the current first tier Democratic candidates who have qualified for the December Democratic debate, and a large livestream audience of nearly 200,000 viewers online.”

To be able to attend both of these events was so incredible and inspiring. The concerns we have within our Tribal communities were shared, and our voices were heard.

The two day long forum gave each candidate the opportunity to sit down in person and via video conference call to discuss with panelists consisting of Tribal leaders, elders and youth. The panelists addressed questions involving the limited access rural tribes have to polling stations, Murdered and Missing Indigenous Women, climate change, media representation and many other issues affecting our communities.

To have the Presidential Candidates acknowledge Indian Country by attending these forums, sitting down face-to-face and answering questions from our own Tribal Leaders about Native American issues, just goes to show how huge the Native American vote is.

“At the local level, elections are often won by a few thousand or even a few hundred votes, in cities with Native populations, each vote is critical and Native people can absolutely make a difference in those elections. This year’s election is the most important of our lifetime and our Urban Indian communities must play an active and engaged role in the electoral process.”

Data shows there are 1,000,000 potential voters within Indian Country.  Out of those, only 34 percent are registered to vote. We have the power to change this election by getting everyone registered to vote and to the polls. Using our vote is using our voice, and when we vote we are heard.

To help get the vote out, Four Directions and partners provided voter registration and get-out-the-vote training for Native Americans living in Nevada on participation in Nevada’s presidential primary caucuses and also stressed the importance of the 2020 census.

We, as Native Peoples, have the power to change this election. The only way that is possible is to get out there and vote. Don’t lose this momentum.

Thank you to Four Directions, Native Organizers Alliance, National Congress of Indians, the Nevada Tribal Nations, Native American Rights Fund and all the sponsors that partnered together to create this important and historical event.

Jarrette Werk (A’aniiih & Nakoda) is the lead communications consultant for the Center for Native American Youth at the Aspen Institute, and senior majoring in journalism at the University of Nevada Las Vegas.

"Adaptive sports changed my life, it’s given me purpose and self-confidence. I think many of our disabled Natives could become strong tribal leaders because of our ability to adapt.”