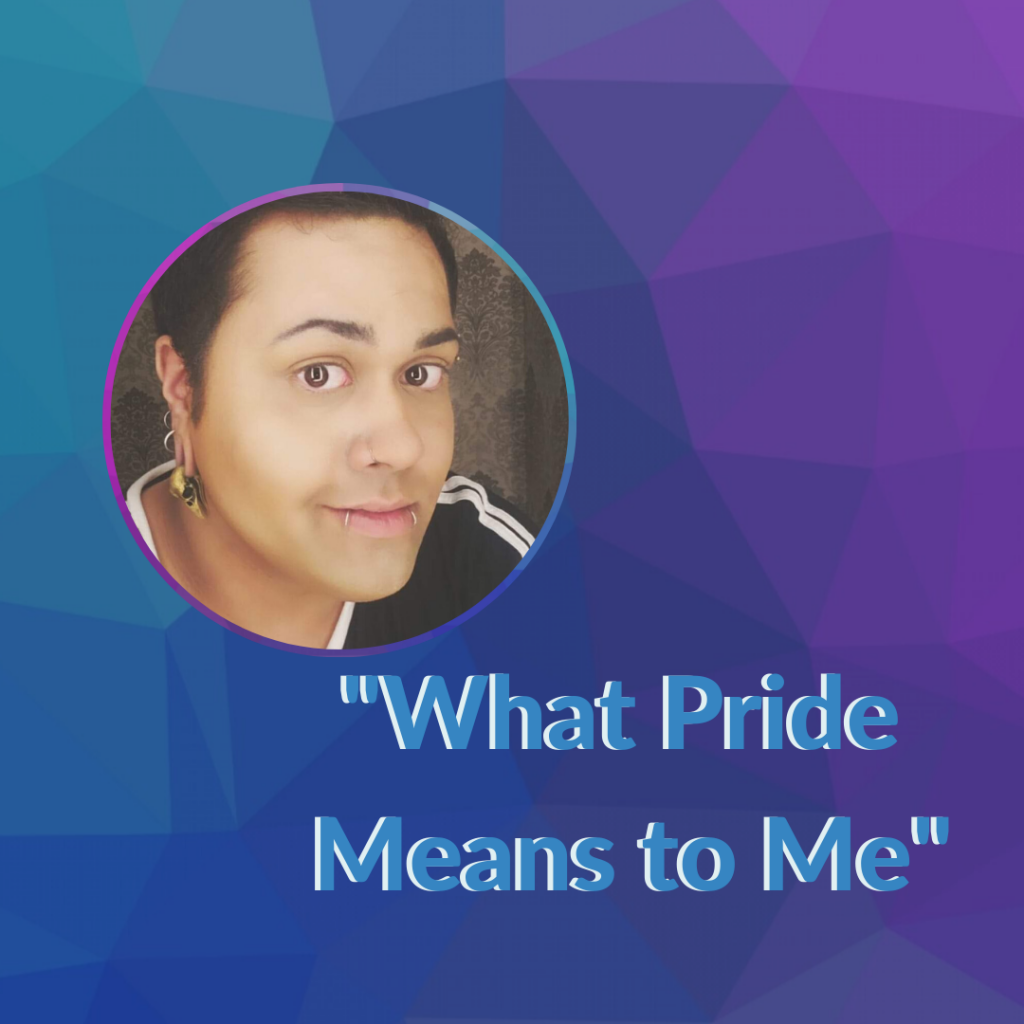 What Pride Means to Me

By: Vesper Moore (24), They/Them/Theirs, Arawak of The Jatibonicu Taino Tribal Nation of Borikén.

What pride means to me is queer liberation, which I think of as breaking down the patriarchy and dismantling the convention of cis-hetero white supremacy. The Stonewall Uprising were in essence the first pride events these riots against police and establishment led by queer people fighting for their lives, identities, and right to be.

In a way, I think pride is alive in us. I recognize my queerness as inherent defiance to the many oppressive conventions of our society. I think of my culture as something tied to my many identities, because I am, and we are many. The voices I hear, are the modern reclaimed madness of my spiritual divination. As an Indigenous mad queer person, it is my life’s work to socially deconstruct what we understand as a society of material and realize the immaterial nature of everything.

When I think of the many identities in the scatter plot that is gender and human attraction, I think of the infinite spiritual mind or the many mathematical and scientific possibilities in the movement and reactions of subatomic particles on a quantum level. Pride, to me, is the opportunity to untangle the complexity of who we are and gain a personal sense of wholeness.

We live in a totalitarian materialistic world mechanized far beyond the pursuit of survival. In this world we pathologize spiritual emergence, we kill people, and blame them and their communities. We also produce massive amounts of physically avoidable waste.

Queer liberation, to me, is intersectional it is important and plays a role in every societal issue. For example, last year the media and larger conglomerate companies tried to pander to our trans and queer communities by marketing with rainbow products just before and during pride month. “Rainbow capitalism” in many ways an issue it not only strips the integrity of who we are but it is also bad for our environment a massive overproduction of products that are predominantly non-biodegradable being thrown away. Speaking against rainbow capitalism that year was important for the fight for our environment, the fight against classism, and overall capitalizing on our time of celebration.

Another example of queer liberation being intersectional, which is less about companies marketing our social identities to us and more about police brutality and solidarity, is this year as many pride festivals become Black Lives Matter demonstrations and protests. This speaks to prioritizing our Black, brown, and POC communities. We will not celebrate, but we will exercise the right we fought for to speak out!

As an Indigenous person, and as a person with a brown body, this effort is true to what I believe Pride to be all about. Queer liberation impacts everyone. Pride should be a time of celebrating and amplifying our communities. Pride to me is still something we are still decolonizing.

One day, may we see the representation of many identities outside of the gender binary as we acknowledge the complexity and oppression of afab women in our society and the valid oppression of the patriarchy regarding biological sex. May we recognize trans women as women and speak to the negative social constructions of biological sex and gender. May we exist as beings that hold these many identities as valid from the preexisting ideologies of the two-spirits communities to the muxes. We can have every intention of collectively healing together but let’s start applying it by making sure our pride is a pride for every oppressed community.

"I want to see today’s youth go out into the world, motivate others, and gain an education to make a true difference in their communities."