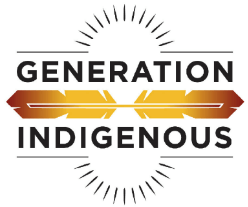 Native Americans in Philanthropy (NAP) is now accepting proposals for funding from the Generation Indigenous (#GenIndigenous) Response Fund. The fund supports youth organizing and activism that responds to current movements — such as the #NoDAPL movement created and led by Standing Rock youth — in ways that build long-term power for Native American youth.

The #GenIndigenous Response Fund, housed at The Minneapolis Foundation, will provide grants on a rolling basis to selected groups of up to $5,000. The grant will focus on strategic communications, education, workforce development, juvenile justice, resiliency, traditional knowledge, sustainability, environmental justice, health, trauma and healing. The fund is targeted specifically towards Native American-led organizations playing leadership roles in current movements while considering efforts to support the long-term engagement of Native American youth leaders in advocacy efforts.

The proposal deadline for the first round of grants is Monday, January 30th, 2017. Proposals will be reviewed by NAP’s Fund Advisory Committee, who will select up to 5 awardees for the first deadline.

Find out more and download the full proposal guidelines.

"Not only we as Natives, but we as people, need to start investing in youth to combat the hardships they face. These challenges have gone on for far too long and we can be the generation to stand up and make change."