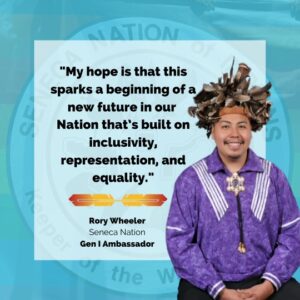 On June 9th, 2021, I was proud, not only as an ally of the LGBTQ2S+ Community, but also as an elected official for the Seneca Nation, to support my fellow Seneca citizen, Olivia Maybee, as she organized a rally to urge the leadership of the Seneca Nation to have her custom Seneca Nation pride rainbow […] 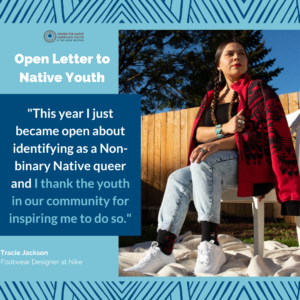 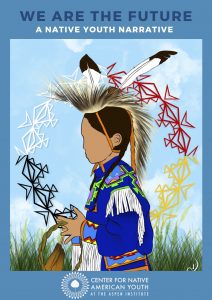 The Center for Native American Youth releases the We are the Future: A Native Youth Narrative

On June 08, 2021 CNAY released the We are the Future: A Native Youth Narrative which can be read here. The Indigenous Futures Survey was a collective effort with project partners: the Center for Native American Youth at the Aspen Institute, Native Organizers Alliance, and IllumiNative. The research was led by Dr. Stephanie Fryberg (Tulalip), […] 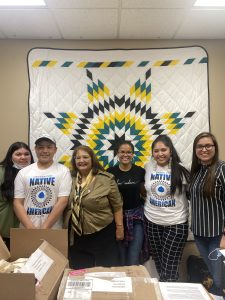 May 17-18, 2021 The Center for Native American Youth (CNAY) traveled to the Cheyenne River Youth Project (CRYP) in Eagle Butte, South Dakote located on the Cheyenne River Indian Reservation.  On the 17th, team CNAY arrived at the CRYP facility. Shortly after arriving, the team was invited on a tour by CRYP staff. Team members were […]