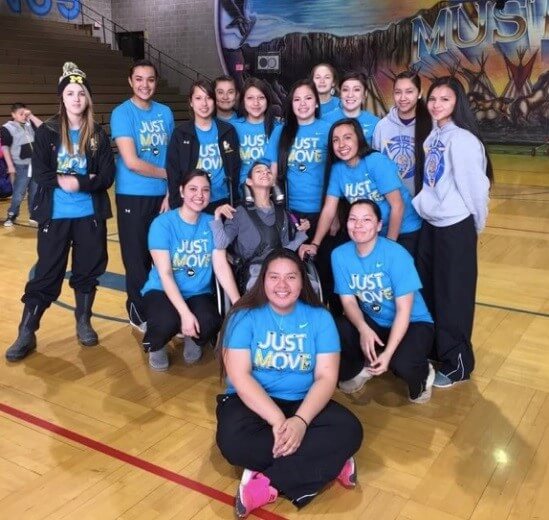 Tianna Christensen (Cheyenne River Sioux) plays varsity basketball for Little Wound High School, and came together with her team to prevent youth suicide – a common phenomenon in her community. The team visited several different schools around their reservation to offer words of encouragement and support, with the belief that even small acts can make a difference in someone’s life.

“From a young age, my parents have taught me the values of my culture, and one of them is generosity,” says Tianna. “My parents have always stressed that it is important to help others in need.”

In response, Tianna’s high school girls varsity basketball team decided to do something to help. “The team and I wanted to get through to the youth younger then us and let them know that it is going to be okay. We took it upon ourselves to go to schools to offer words of encouragement and a prayer song to help them.”

By taking the Gen-I Challenge, Tianna is joining a nationwide network of young Native leaders making a positive difference for their peers.

“Tomorrow is not promised. The Creator can take a fluent speaking elder any day, so I feel it is my duty to step up and save our language. Now is not the time to turn our backs on learning our languages, customs, or culture. If we turn away now, we lose our identity as Natitaytma (Native Americans).”

Confederated Tribes and Bands of the Yakama Nation, 2018 Champion for Change