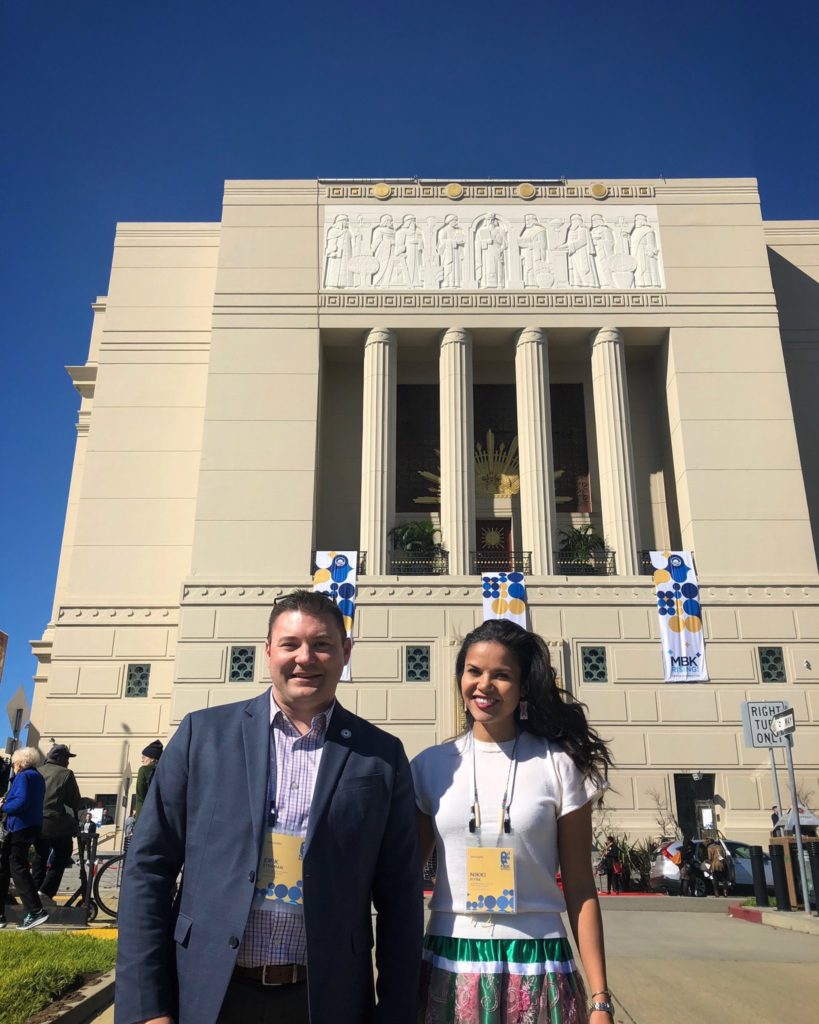 MBK Rising! brought together approximately a thousand of young men of color and change-making organizations to connect and empower the next generation of leaders. President Obama opened the convening with Stephen Curry and John Legend to discuss reducing youth violence, growing mentorship programs, and improving life outcomes.

The event marks the fifth anniversary of the initial launch of My Brother’s Keeper, an initiative started by President Obama following the death of Trayvon Martin. My Brother’s Keeper Alliance, now part of the Obama Foundation, leads a national call to action to build safe and supportive communities for boys and young men of color.

The convening included a blessing and land recognition from Corrina Gould, a member of the Confederated Villages of the Lisjan/Ohlone. The blessing can be viewed here.

In the closing session, Erik stood alongside several directors of national organizations. Erik spoke about the importance of including and empowering Native young men and boys.

“My call to action is simple,” said Stegman. “It is to remember Native people in these struggles and to invite them to be at your table.”

“If you are in a campaign, a rally, or at your social justice table, and you do not see our [Native] young men and leaders in that room, ask why, and reach out,” Stegman continued. “We are here to join your movement.”

Kendrick was able to thank the President for his work with Native peoples and empowering young leaders through programs such as the Gen-I Network and the MBK Alliance.

“President Obama created my platform and I am forever grateful,” said Eagle.

CNAY thanks its partners, the MBK Alliance and the Obama Foundation, for their dedication to improving the lives of Native young men and boys through narrative sharing, cultural empowerment, and mentoring.

Learn more about the MBK Alliance on the Obama Foundation website here.

“I would like use my education and my leadership roles to serve my people through enhancing policies for Navajo families living on the reservation.”